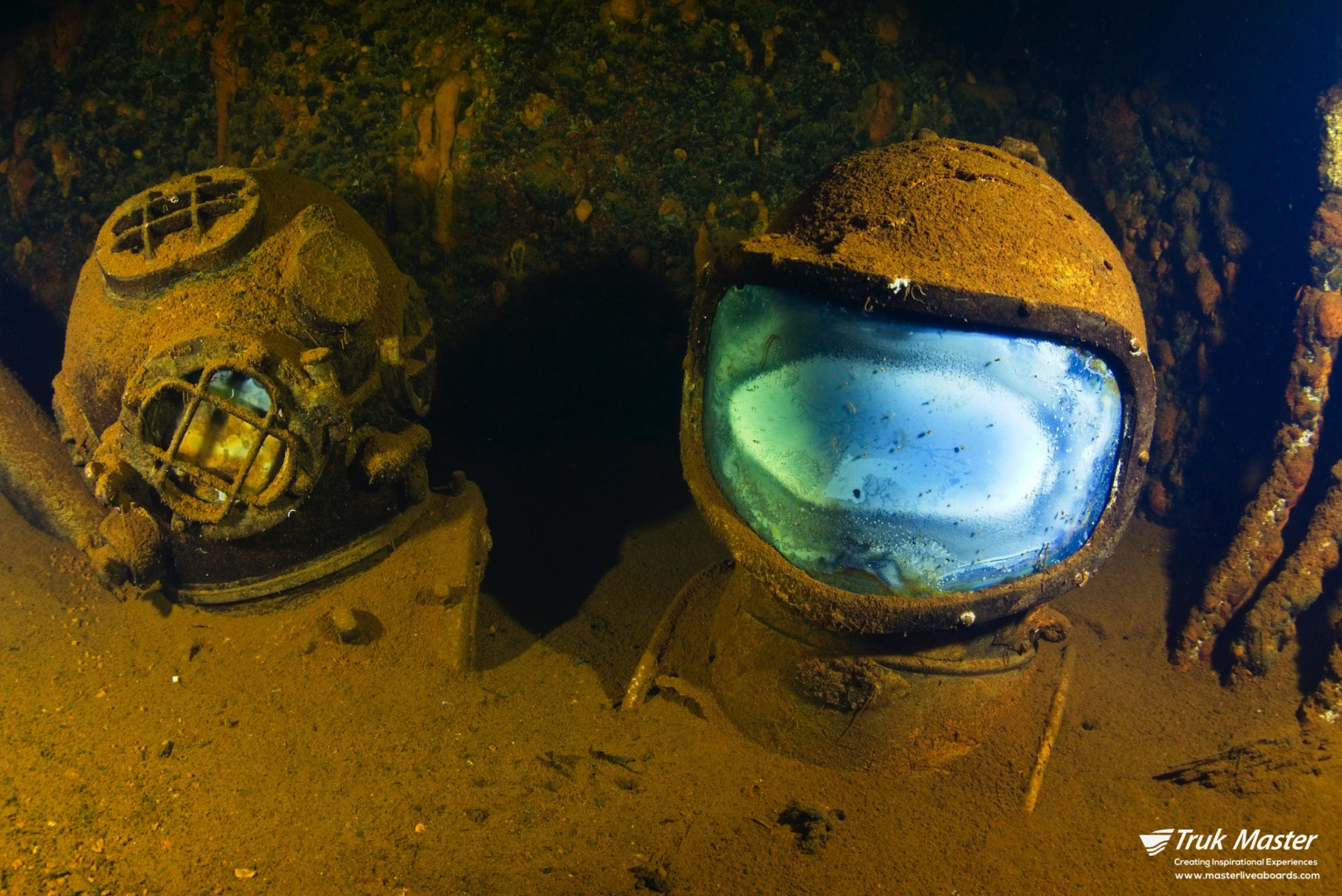 There isn’t much that our very own Geoff Skinner hasn’t experienced in his life. with 40+ years in the dive industry and a large portion of that working in dive travel with us here at Allways Dive, Geoff has travelled more than just about anyone I know.  You could pick any point on a map, and we’d guarantee Geoff has a story – and probably a pretty funny one – about it.  So when I asked Geoff to share some insight into Bikini Atoll, the Marshall Island’s wreck graveyard, I was surprised to see a starry eyed look in Geoff that I had never really seen there before.

Bikini Atoll is a quiet little place in the Marshall Islands.  Accessible by flying into Kwajalein, the only way to dive Bikini these days is from a liveaboard.  In 2018, Geoff visited this wreck diving paradise for, surprisingly, the first time.  In recalling his experience, the main message to come through is how overwhelming the number of great condition wrecks there are in the one spot here.  In Geoff’s words, “there are just SO many wrecks, and really great ones – subs, bombers, destroyers – you name it, it’s all here, it’s just so unreal to see”.

Bikini Atoll is a destination with a great deal of historical significance.  At the end of the Second World War, the USA found themselves in a nuclear arms race with the Soviet Union.  An Atom Bomb had been dropped for the first time on two Japanese cities, in a move that many say was integral to the end of the war.  What it did do, was make common knowledge the existence of these weapons, and the willingness to use them.

The Americans knew a lot about the Atom Bomb, but what they didn’t know was what effect it would have if one were to be dropped on a military site.  Enter, Bikini Atoll.  Various US, and some commandeered, aircraft and naval vessels were gathered at the site that the Americans deemed to be far enough from anywhere to be safe.  Operation Crossroads, the testing of the A-Bomb, began here in 1946.

The dust was left to settle here for a very long time, for obvious reasons.  Luckily for divers now, we are able to access these wrecks and witness the history for ourselves.  Starting at Kwajalein, Geoff recalls the wreck of the Prinz Eugen as being particularly impressive, due to it’s size and the drama of the wreck only being mostly submerged.  Located nearby is a mass of more than twenty American Hellcats, dumped in a heap by the Americans – a dramatic and impressive sight to behold!

The really big draw-card for wreck lovers at Bikini, is the opportunity to dive the USS Saratoga.  The Saratoga is a mostly intact naval aircraft carrier, a truly unique dive experience.  This must be the top of the bucket list for rust lovers all over the world!  Geoff continues to describe his experience, and recalls again the overwhelming feeling at the sheer magnitude of the number of wrecks lying here.  No where else in the world (and let’s face it, Geoff would know!) can you dive this variety of military vessels, in such good condition, in one place.

Like most Pacific destinations, Bikini offers fantastic diving conditions, with warm water of around 30dg, with extreme clarity.  This is a destination for technical divers, with most wrecks lying beyond recreational limits.  It is not a dive destination everyone will have the opportunity to experience in their lifetime, but it IS one that those looking for a once in a lifetime opportunity will make happen.  Allways Dive Expeditions are running a trip to dive here in August 2020, and have a few limited places for those ready to make the leap and tick this overwhelming destination off their list!